For its 2018 summer festival season, GLOW Lyric Theatre promises to “demand the right to dream” through the production of three shows: “Hamilton” creator Lin-Manuel Miranda’s “In The Heights”; Beethoven’s only opera, “Fidelio”; and the Gilbert & Sullivan classic, “HMS Pinafore.”

“This season is about the hope that we can build a community where everyone has a chance to realize their dreams,” says Jenna Tamisiea, GLOW’s artistic director.

Tamisiea is familiar with seeing dreams realized. Now in its eighth season, GLOW has grown its audience, increased its summer season to three shows performed in repertory, and seen former cast members explode onto the national scene. Perhaps its most notable alum is Chris Lee, who currently plays the dual role of Lafayette and Jefferson in the Chicago production of “Hamilton.”

“We want [Greenville] to be nationally recognized for the arts that we have here, and part of how we do that at GLOW is to hire people both regionally and nationally who will then go out and spread the news,” Tamisiea says.

One of those people is Felipe Bombonato, whose first professional leading role was as Judas in GLOW’s 2013 production of “Jesus Christ Superstar.” Since then, Bombonato has toured the country in “Man of La Mancha” and “Cats,” and he is now truly living his dream as a chorus member of the “Les Miserables” national tour. A decade ago, he played Jean Valjean in his high school’s production and became entranced by the story of love and redemption.

“I just celebrated my 10-year reunion, and it was fun to go back,” Bombonato said in a recent telephone interview. “People would ask, ‘What are you doing?’ and I’d say, ‘I’m going to be doing the national tour of ‘Les Miz,’ the show that got me to want to do this profession!’ I’m very grateful and counting my blessings.”

Born in Brazil but raised in Gainesville, Fla., Bombonato first met Tamisiea when they both performed at Flat Rock Playhouse in Flat Rock, N.C. They became friends and, ultimately, Tamisiea asked him to work for GLOW.

“He is what I would call a true crossover artist, in that he had done some opera in college, but then he leaned a little bit more toward musical theater,” Tamisiea says. “So I thought he might be a good fit for what we do, because we’re always needing people that can cross those two boundaries.”

Bombonato subsequently spent a little over a month in Greenville rehearsing and performing the role of Judas. “I had a blast,” he remembers. “I felt really lucky to be there with such amazing people and a very good company.”

He also fell in love with the city. “I feel really connected to Main Street and everything you can do there,” he said.

When he returned to town with “Les Miserables” earlier this month, he said he felt like he was home again. “I felt like a super fan of Greenville because I was telling everybody, ‘We need to go here; we need to do this,’” he said.

The tour’s stop in Greenville was also memorable because Bombonato’s high school drama teacher – the one who first introduced him to “Les Miserables” – drove from Atlanta to see the show. “He’s like family, like a father to me. It was the highlight of my tour so far,” Bombonato said.

“They allowed me to dream in that way,” Bombonato said of his GLOW experience. “They really let us make art and have something that meant something. Having that right to dream – I think that‘s really important, and it’s a big part of GLOW.”

He paused, and then added, “They glow like stars, if I can be that cheesy.”

The Greenville Journal spoke with GLOW Lyric Theatre’s Artistic Director Jenna Tamisiea and Executive Director Christian Elser to discuss their 2018 season and its theme, “Demand the Right to Dream.”

JT: This season is saying that despite our differences, we can all still believe in the American dream. … Our hope is that despite all of this fighting that’s going on, that we can at least find that commonality, and at least strive to make sure we’re making this country good for our children and our grandchildren, and make sure that whatever we’re doing with our country now we’re allowing them to realize who they want to be in any facet.

CE: So naturally that ties right into “In The Heights.” It’s a show that’s been bouncing around our heads for quite a while anyway, just because it’s a groundbreaking show. I mean “Hamilton” wouldn’t exist without it.

JT: It’s about a really cool American community – and when I say American, it’s different people, all kinds of different people – and the two protagonists are trying to figure out their place in the world and whether where they come from defines them. … And while it has those themes, it’s a super accessible show. It’s basically a rap musical with some salsa in there.

CE: And with a kickin’ nine-piece salsa band, it’s gonna be sweet.

JT: It’s a feel-good piece, a slice of life. It’s about the vibrancy of this community and celebrating that.

CE: Then we have the heaviness of the season, which is the opera, “Fidelio,” which is a real interesting piece. Beethoven – his only opera – he wrote it in 1803… it’s a masterpiece. It doesn’t get done a lot, because you don’t think of Beethoven as an opera composer, but his gifts to the vocal repertoire are huge. … But he doesn’t get done as much in this country. It’s very Germanic, but it has a female protagonist.

JT: She’s so kickass. She’s like the Wonder Woman of opera heroines.

CE: It’s exciting. … We’ve already gotten a lot of positive response, people saying “‘Fidelio’! No one ever does that!” So classical music lovers will dig it. And then “HMS Pinafore,” the Gilbert & Sullivan, is all about loving someone out of your station.

JT: It makes fun of the class system, making fun of the crazy barriers we put on ourselves – self-imposed and government-imposed barriers of society.

JT: I love the way it allows us to make fun of ourselves. The thing I love about Gilbert & Sullivan is it makes fun of both sides. It pokes fun at all of the crazy people, especially the ones who are extremists on both sides. … Sometimes when we’re going through this world, all you want to do is laugh at yourself and at somebody else. Sometimes I’ll think, “Oh, you’re being a little pretentious today, being a little militant.” And I can step back and laugh at myself. Humor is one of the best ways to bring people together. 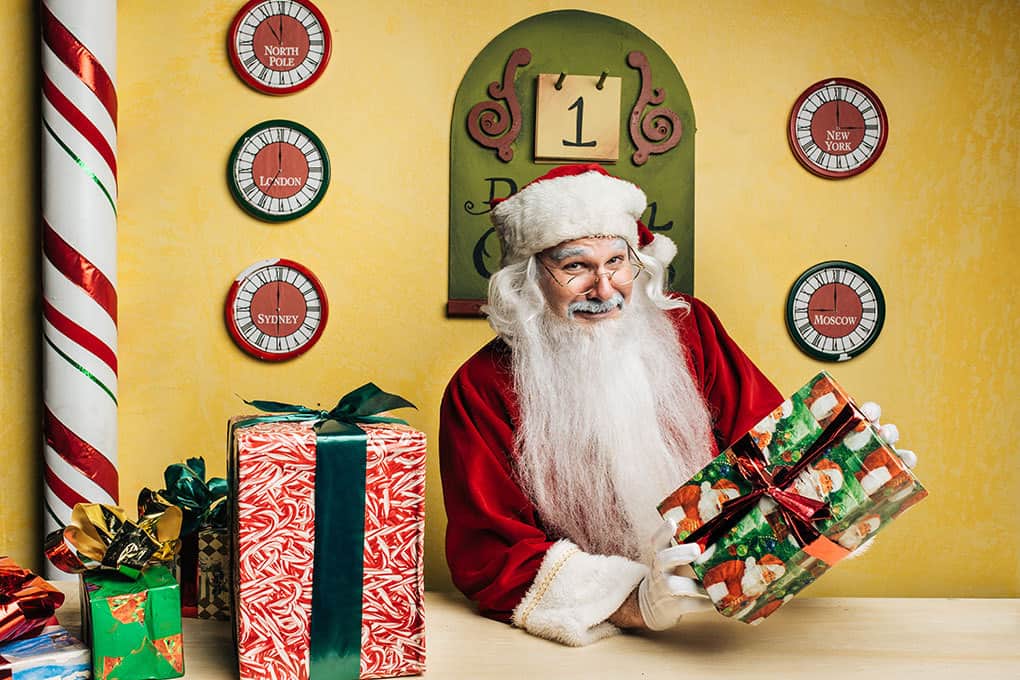 The star of ‘Santa Claus: A New Musical’ may be familiar, but the music isn’t 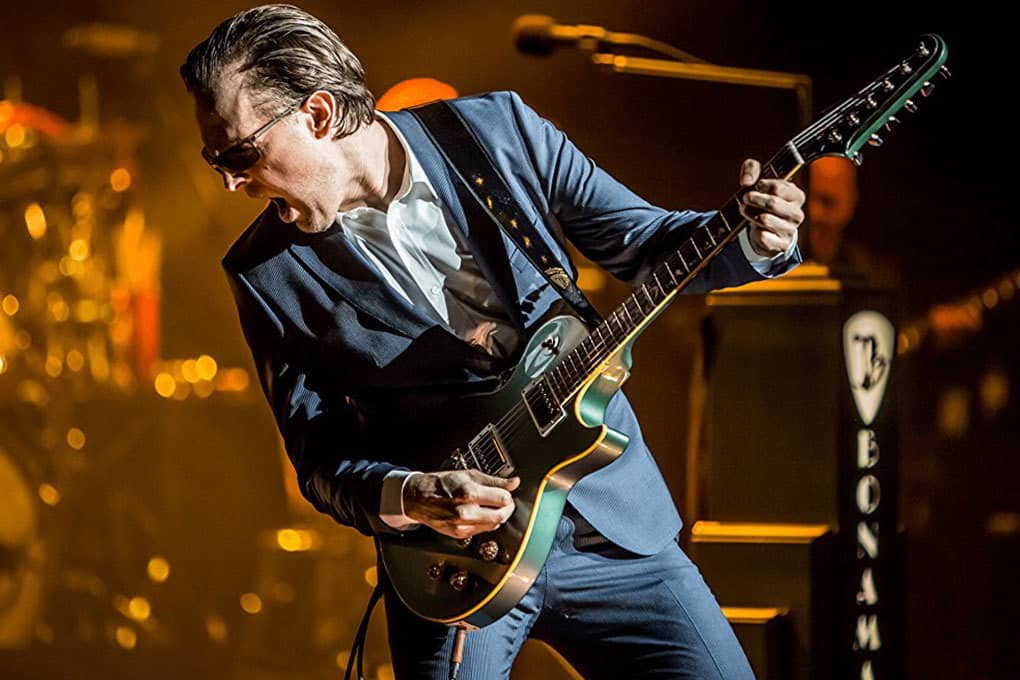