Glenis Redmond was in fifth grade the first time she heard “1,968 Winters,” a poem by Jackie Earley. At first, it simply struck her as funny; a poem about a black woman in the age of the civil rights battle waking up feeling “good and black,” thinking black thoughts, putting on her best black clothes and walking outside, only to find a flurry of white snow. But as Redmond thought more about what she’d heard, it sparked something inside her.

“At school, I was into recess and candy and a tomboy to boot,” Redmond says with a laugh. “But when I heard this poem, there was something inside me that knew that it wasn’t really a funny poem, even if I couldn’t articulate it at the time. I just woke up.”

Part of her awakening came from the fact that, for the first time, a literary work had made room for her in its worldview.

“I think when she won the Pulitzer, someone asked the great Toni Morrison, ‘Why do you write the way you write?’” And she said, ‘I write what I would like to read.’ So I looked at my family, at where I came from, and I started mining that territory, not just as an African-American woman, but as a woman who came from the South, as someone who came from poverty. Those were all these mirrors that I was interested in looking at.”

That moment is reflected in much of Redmond’s subsequent work as a poet, which often mixes topics like race, gender, and being raised in the South into a unique-but-universal worldview. In “Bruised,” she writes about some boys mocking a darker friend on the street: “They banter back and forth like boys do / ‘You charcoal, son. You so black you purple’ / I tell them, ‘hol’up’ in defense of my mahogany skin / and the boy they’re putting down. I say, / ‘You know what they say?’ / In cue as if we rehearsed it, we both chime, ‘The darker the berry, the sweeter the juice.’”

Elsewhere, in “Mama’s Magic,” she writes of her impoverished Southern upbringing, and her mother instilling a sense of pride in her: “My mama never whispered the shame of poverty in our ears / She taught us to dance to our own shadows / ‘Pay no attention to those grand parties / on the other side of the tracks / Make your own music,’ she’d say.”

“I think when she won the Pulitzer, someone asked the great Toni Morrison, ‘Why do you write the way you write?’” Redmond says. “And she said, ‘I write what I would like to read.’ So I looked at my family, at where I came from, and I started mining that territory, not just as an African-American woman, but as a woman who came from the South, as someone who came from poverty. Those were all these mirrors that I was interested in looking at.”

That material has won Redmond, who’s lived all over the country but now resides in the Upstate, a multitude of awards and grants, from the N.C. Literary Arts Fellowship to the Denny C. Plattner Award for Outstanding Poetry. Her work has been published in “Meridians,” “African Voices,” “Emrys,” “Asheville Poetry Review,” “Kakalak: Anthology of Carolina Poetry,” “Appalachian Heritage,” and the “Appalachian Journal.” She was also voted poet of the year in the Asheville weekly Mountain Xpress every year for more than a decade, and she’s performed her poems everywhere from New York to California to the Peace Center, where she’s currently the poet-in-residence.

What’s perhaps most interesting about Redmond’s acclaimed career is that she didn’t move in a straight line from hearing that Jackie Earley poem into writing her own work. She spent years as a clinical counselor in Virginia after getting her bachelor’s degree in psychology from Erskine College. But a diagnosis of fibromyalgia, which her job stress exacerbated, made her consider a career change.

“The doctor told me that I needed to find a job that I didn’t take home every day,” she says. “He said, ‘If nothing changes, you’re not going to die, but you’re sure going to wish you had.’”

It wasn’t an easy decision, particularly since at the time of her diagnosis, Redmond was pregnant with twin daughters. The doctor simply looked at her and said, “You’re a smart woman; you’ll figure it out.”

“But as everything was crumbling around me, it was being built up because I remembered my creativity,” Redmond says. “In my last counseling sessions with my clients, I was doing creative projects with them for their work on their own personal growth and reflection. I worked poetry and drawing into the sessions.”

The decision was made, and Redmond embarked on a two-decade-plus career of writing, performing, and teaching poetry. But she worked some of what she did as a counselor into her poetry workshops, one of which she conducts at the Peace Center as part of the Peace Voices program.

“I didn’t think about it til many years after, but if you’re in a writing workshop with me, it’s very therapeutic,” Redmond says. “It’s not therapy, but it’s therapeutic, because I’m getting people to remember. I even have people sit in a circle, just like I did in group therapy. I wasn’t doing that intentionally, but I don’t like the idea of a hierarchy. It’s a circle, because the work we’re doing takes all of us.”

In her workshops, Redmond guides her students through their own past experiences and uses poetry as a prism for understanding what they’ve been through.

“I ask my students what the opposite of remember is, and they say it’s to forget,” she says. “But I tell them it’s actually dismemberment. When we remember something, we’re putting something back together. It doesn’t matter what race or what walk of life you come from, there’s some fracturing that’s happened as you grow up. And poetry, to me, is a healing tool because it allows us to put something back together.”

Redmond is riveting when she reads her poems live, giving her whole body to the performance. It resembles what performers do on the poetry slam circuit, but she says she’s always delivered her work that way, and her influences go much further back than slam poets.

“The black preachers I grew up with were the first poets I ever heard,” she says. “Their cadence, their full-body delivery, it became part of me from all those Sundays and Wednesdays that I had the black preacher rhythm in me.”

Or maybe that passion was just there from the beginning.

“I think it’s inherent in who I am,” she says. “I was who I was before I even saw a poetry slam. I’ve always been high-energy, and I’ve always been intense. So when poetry became my art form of choice, I was going to embody it with my full self, not just for the page but for the stage. It’s just another place where poetry lives. I like poetry that you sit and quietly read, but mine is made for the page and the stage. I didn’t ever think about it any other way.”

“They’ll take the stage together and sort of do ping-pong poetry back and forth,” Redmond says, “and then they’ll each do their own 15-minute set. I tell them not to come with a structured set, because I want them to listen to each other as they read and then respond to each other poetically. We’ll be following each other like jazz music. And then the culminating part of the evening is that we open up to the audience and do a robust talk-back about their processes. I’m really excited about that dialogue.” 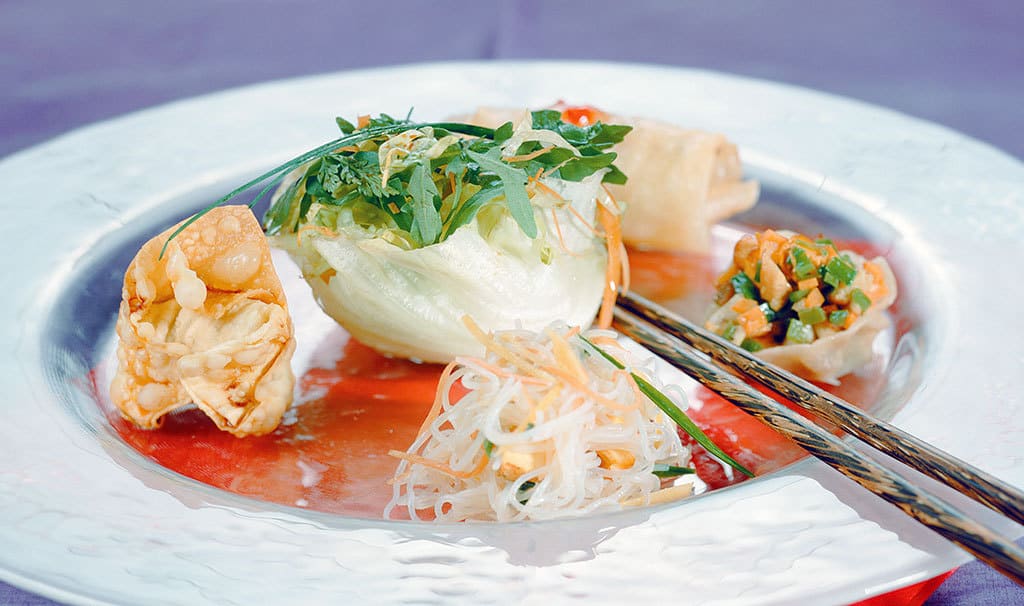 6 types of cuisine we’d like to see in Greenville