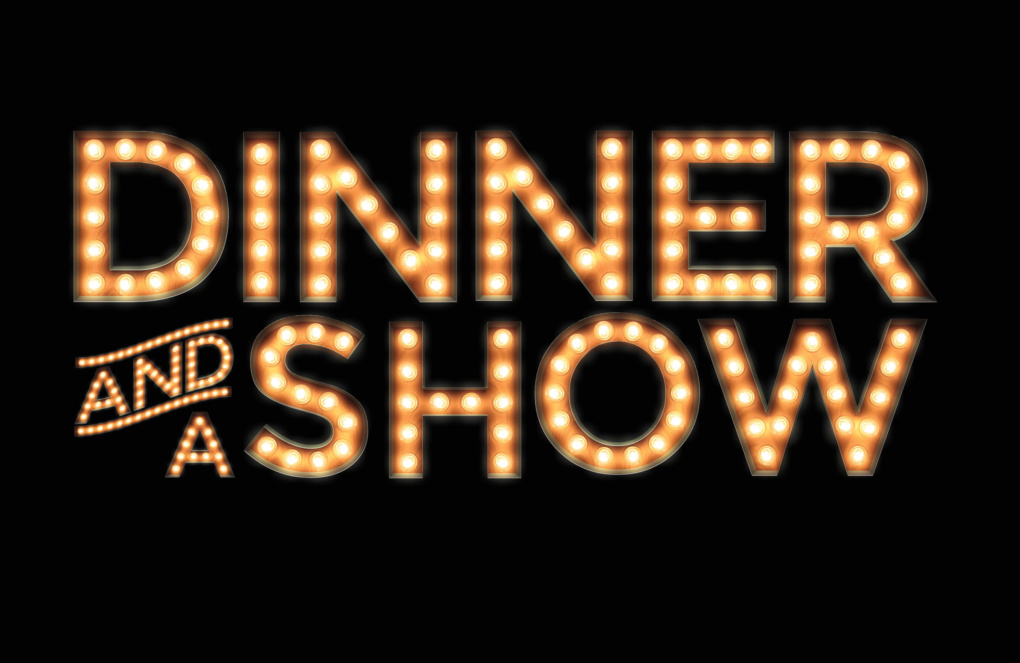 Eat at The Dive on Augusta

Nothing pairs with blues quite like smoky barbecue and a plate full o’ sides. Serving up smoked chicken, ribs, salmon, brisket, and pork, The Dive on Augusta, 3029 Augusta St., is a straight shot down Augusta Road to this week’s venue, making it an ideal pre-show stop. Even more ideal, all things considered, The Dive doesn’t serve alcohol, so you’ll have plenty of capacity to taste the various sours and frozen concoctions once you get to the Eighth State Brewing Co. for the show. Also be aware, the brewery does serve food – wings, flatbreads, sandwiches, and such – so if you’d rather stick to a single location for the evening, you can. Otherwise, get your ‘cue on at The Dive first. 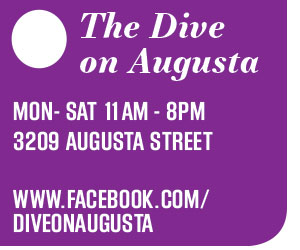 The scratch-made sides are co-owner Michelle Scruggs’ mother’s recipes – simple and reminiscent of home. Scruggs’ signature barbecue sauce combines the best of Kansas City-style, vinegar-based, and mustard-based sauces. And she goes through 70 pounds of peanuts a week for her boiled peanuts, if that says anything about their popularity. The menu is a constant rotation, so look for weekend specials, too.


(cobblers are often on the menu)

John the Revelator, with The Well-Drinkers and Either/Or

In an age where you can stack all manner of effects into a song, it’s important to remember that sometimes, the simplest approach is the best. And there isn’t a much simpler approach than one guitar, a voice, and a bit of percussion. 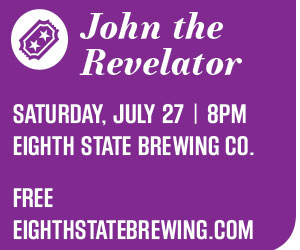 That’s basically how Jake Garrett, aka John the Revelator, makes his music. Garrett is a wickedly skilled player on acoustic or electric guitar, and his stomp-blues approach is a refreshing dose of primal thump in a sea of overproduced pop.

On one level, Garrett sounds like some sort of throwback to the great bluesmen of the early to mid-20th century, letting fly with feverish vocals, sharks-tooth guitar, and a relentless stomping rhythm. But his style is a bit darker and more complex than that. Most of John the Revelator’s songs have a haunted, eerie edge to them, incorporating Appalachian folk into a basic blues approach and giving the tunes an edgier, otherworldly feel.

That’s on album, though. When it comes time to perform live, Garrett simply thrashes like a man possessed onstage, beating the holy hell out of his guitar, wailing like a man in a frenzy, and stomping like he’s at a revival meeting. There’s no artifice in this music; just lowdown, distorted blues and folk.

Dinner & a Show: The Strip Club 104 and Rumours: A Fleetwood Mac Tribute 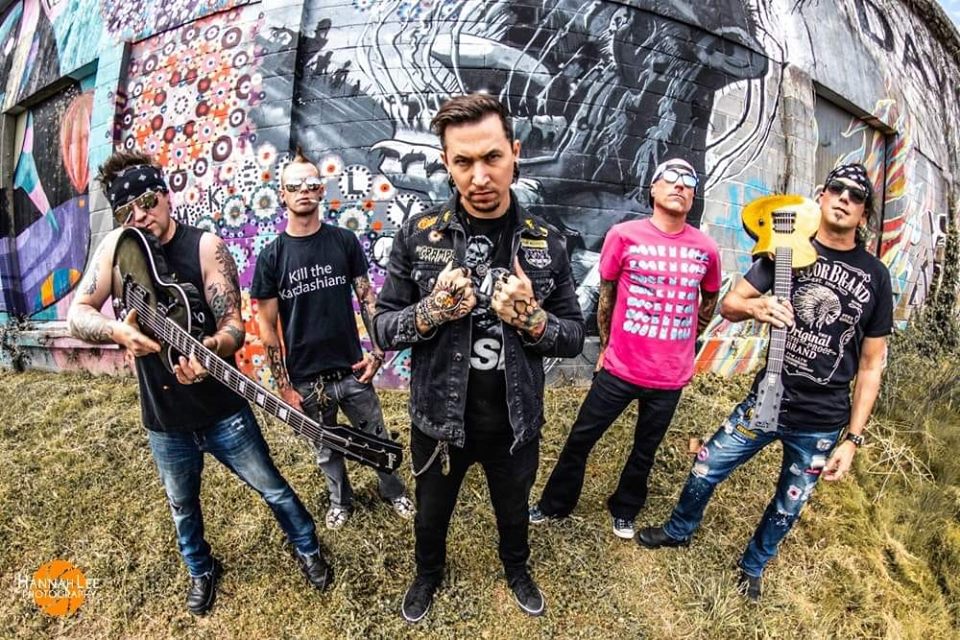 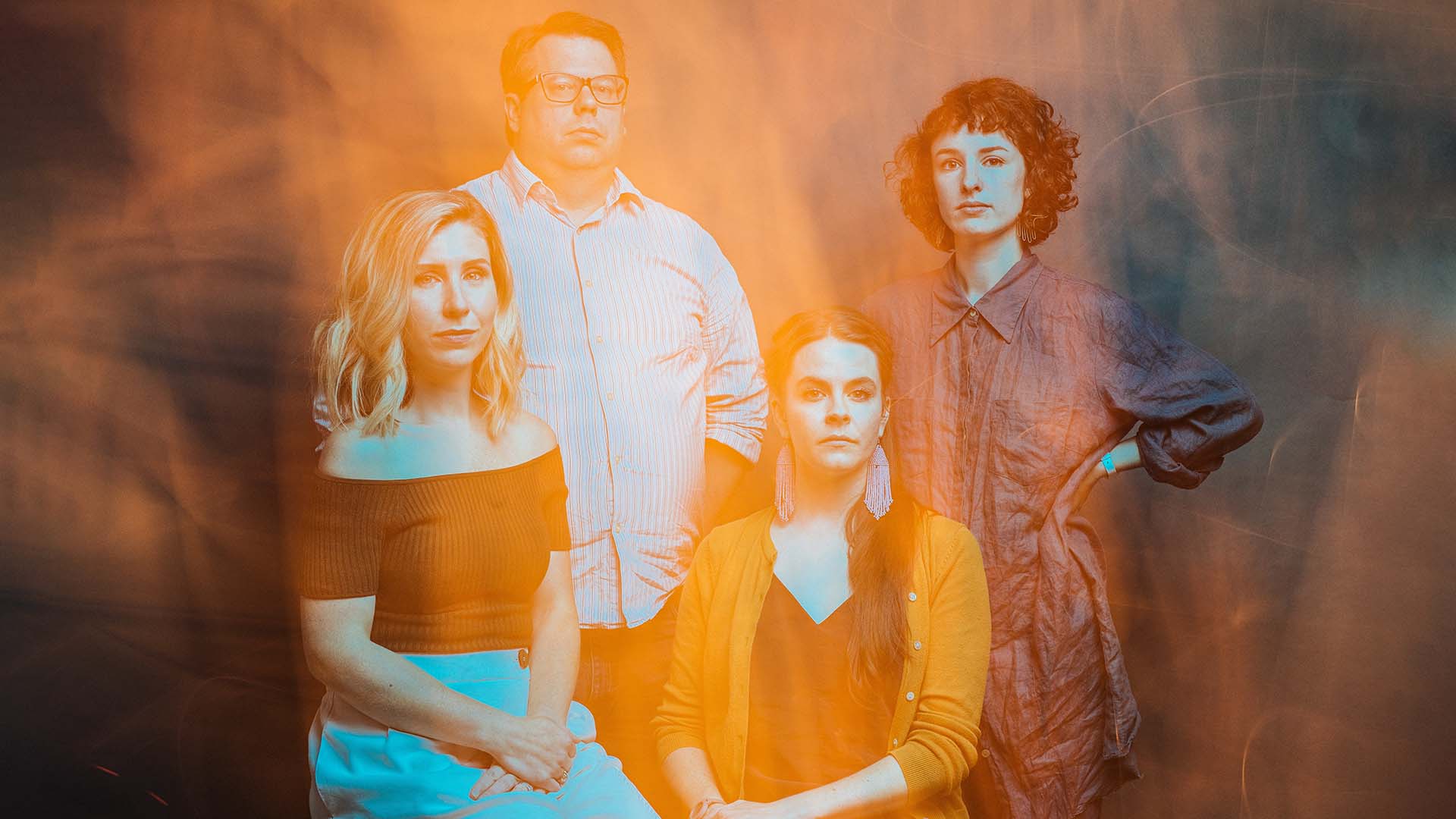