He sold his soul to the devil in exchange for the gift of supernatural musical virtuosity. Or at least that was the legend that followed Niccolo Paganini.

No other violinist of the 19th century could play with such extraordinary skill and musicality.

Paganini, tall and gaunt, may have encouraged the devilish rumors to enhance his career as a violinist and composer. Nothing succeeds like excess in the musical world.

“Paganini was a musical revolutionary, a sort of rock star of the day,” said Alexander Markov, a celebrated violinist who specializes in the virtuosic works of Paganini.

Markov, whose YouTube videos have attracted upward of 10 million views, arrives in Greenville to perform Paganini’s Violin Concerto No. 1 with the Greenville Symphony Orchestra on May 15-16 at the Peace Center.

Greenville Symphony music director Edvard Tchivzhel will be on the podium for the program, which also includes Bizet’s Symphony No. 1.

Paganini’s Violin Concerto No. 1, dating from 1810, is a brilliant work that features many of the technical challenges — left hand pizzicato, tricky harmonics, lightning-fast passages — for which Paganini is known.

But it’s also a concerto influenced by the singing lines of Italian opera, Markov said.

Markov, a Gold Medal winner at the Paganini International Violin Competition, has appeared as a soloist with some of the world’s leading orchestras including the Philadelphia Orchestra, the BBC Philharmonic and Orchestre de Paris.

He’s particularly associated with the works of Paganini and he’s one of the few violinists in the world who performs the 24 Paganini Caprices in a single recital. More than one observer has noted that Markov even looks like Paganini.

Unique among musicians, Markov is comfortable performing in both the classical and rock music worlds. He uses a specially designed gold electric violin for his rock music; he plans to bring it out in Greenville for an encore.

Markov was born in Moscow and studied violin with his father, violinist Albert Markov, with whom he still performs double concertos.

Like a lot of musicians, Markov is pleased to be returning to the stage after a yearlong pandemic-driven hiatus.

“I think it’s wonderful that the Greenville Symphony has ventured back onto stage and I can’t wait to perform in Greenville,” he said.

The program concludes with the Symphony No. 1 by Georges Bizet, written in 1855 when the composer was only 17.

“It’s full of the vigorous and joyful energy of youth,” Tchivzhel said. 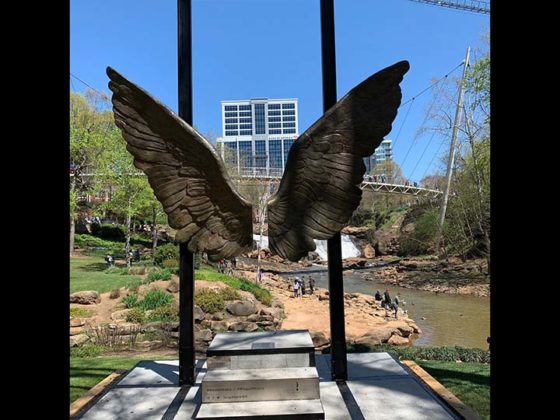 Op-ed: Where will our wings take us?